Get fresh music recommendations delivered to your inbox every Friday.

Say Goodbye To The Wind 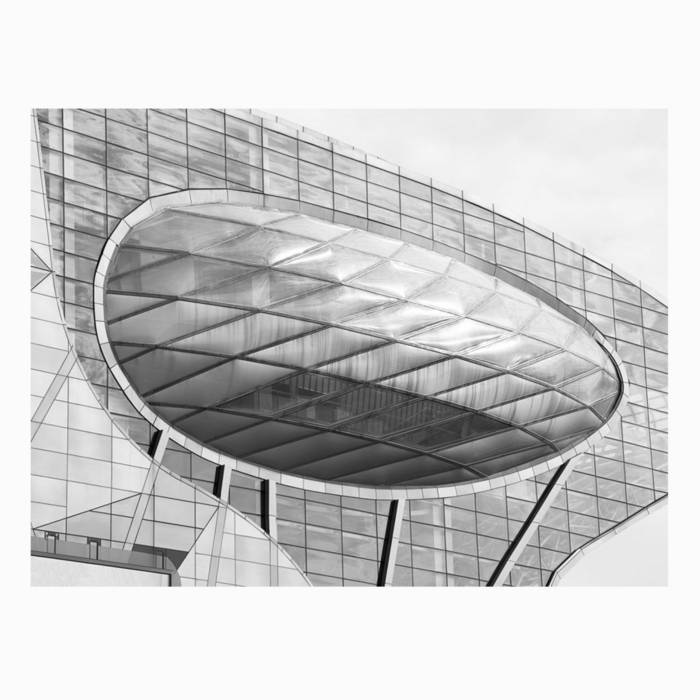 First emerging during the early years of the new millennium, over the last two decades, the Palermo born, Munich based composer, Valerio Tricoli, has forged a singular path within experimental sound practice, continuously rethinking the relationship between electroacoustic composition and narrative possibility. Say Goodbye to the Wind, his first LP with Shelter Press, stands among his most poetic and groundbreaking efforts to date. Across three intricate, deeply personal works of concrète music - dense with themes drawn from J.G. Ballard, Samuel Beckett, theosophy, and the temporal blur of DMT - the composer blurs the boundaries between the tangible and abstract, weaving complex allegories for the self.

Exploring auditory phenomena and the narrative potential of electronic and acoustic sound sources, Valerio Tricoli’s work - as it has appeared across a carefully executed body of solo recordings, as well as noteworthy collaborations with Stefano Pilia, Dean Roberts, Thomas Ankersmit, Hanno Leichtmann, and numerous others - rests at the shadowy juncture of internal and external worlds; a meeting place where the synthetic and organic give way to utterances of the existential, psychological, physical, and occult. Most commonly created on a Revox B77 reel-to-reel - manipulating, live sampling, and real-time editing / mixing of field and studio recordings - in Tricoli’s hands, estranged moments of sonorous ephemera transmogrify and intertwine as metaphorical and allegorical sums, far greater than their parts.

Say Goodbye to the Wind, Tricoli’s sixth full-length, gathers three works of musique concrete, thematically bound by notions of absence, loss, stillness, and release. The album’s title is taken from a story by J.G. Ballard, set in the desolation of a holiday resort that rests among a landscape of endless rolling dunes that are populated by ʻsound sculptures’ and monsters. The otherworldliness of this reference is further expanded by the depth exposed by the many possible implications and meanings implied by the combination of words; wind being a metaphor of the breath of life, and its absence meaning death. If the wind is a storm, what is the abstraction that remains in the absent void when it leaves?

Historically, one of the primary pursuits of musique concrete is the transformation of everyday sonority - field recordings, found / incidental sound, etc. - into abstractions of profound meaning and weight. While this process unquestionable played a heavy hand in the composition of Say Goodbye to the Wind, Tricoli’s approach to the idiom sets the stage for something entirely unique. Not only are the practices of tape music applied to field recordings, but to the sounds of piano, synthesizers, objects, and the composer’s voice, in addition to interventions by Ecka Mordecai on cello, Lucio Capece on soprano saxophone, and Ida Toninato on vocals. Further expanding to potential of meaning, are the references - literal and abstract - that guided each work into being.

The album’s opener, Lo Spopolatore, draws its title from Samuel Beckett’s short story Le Dépeupleur, translated in English as The Lost Ones. Formed from dense but spare prose, the story describes a world consisting of a flattened cylinder, where each inhabitant is “searching for its lost one”. Devoid of plot, Beckett frequently repeats certain phrases and bits of information, setting up both conceptual and structural mirror’s Tricoli’s work, which weaves , from a multitude of sonorous fragments - field recordings, voice, and diverse instrumentation - a similar sense of density within its minimal expanses; clusters of textures forming as haunted ghosts, shifting between pure abstraction and conscious imprints of the sources from which they were drawn, before drifting into a space of placid, ambient calm.

It is arguably the versatility of possible meanings, harnessed by Tricoli from his sound sources, through which the composer’s greatest talents come to light. Say Goodbye to the Wind’s second composition, Mimosa Hostilis - the name of a Brazilian plant which contains DMT - begins with same recording as its predecessor, made of his son’s breathing, a few months after his birth, in the Sicilian sea wind. In place of abstract images of place and the futility of being, Tricoli pursues something closer to a state of mind. An expanded or exploded consciousness that encounters the self, bleeding into and becoming a natural environment. “A jungle of contrasting noises and perceptions, of childhood memories that translate without coherence into adult desires.” Here Tricoli treats his sources with pointillistic precision, intermingling vocal and minimal instrumental gestures into a polyrhythmic patter that transforms commonplace sonority into aural echos of wind, rain, the shadowy species within.

The album’s final work, De Vacuum Magdeburgicus, is a love song in a dystopian world. Its title is taken from the name of the first paper published by Otto von Guericke - a 17th century, German scientist, inventor, and politician - relating to his experiments with the Magdeburg hemispheres, a pair of large copper hemispheres, that were used to demonstrate the power of atmospheric pressure. These two mated objects are a metaphor for the work’s theme; two halves which become a sphere by the power of the void, the void that they contain, or the void that they embraced. While no less oriented around the abstract possibilities activated by field recordings, De Vacuum Magdeburgicus is the album’s most explicitly musical work. Warbling instrumental sounds and vocal interventions, bent by the hand tape manipulation, push toward heightened states of drama and tension, pushing and pulling against a vast pallet of textures drawn from the natural word and beyond.

A masterstroke of contemporary musique concrète and auditory conceptualism, dense with metaphor, allegory and meaning, Shelter Press is thrilled to present Valerio Tricoli’s ‘Say Goodbye to the Wind’. Issued in a limited edition CD and Digital, mastered by Rashad Becker, with artwork by Mårten Lange.