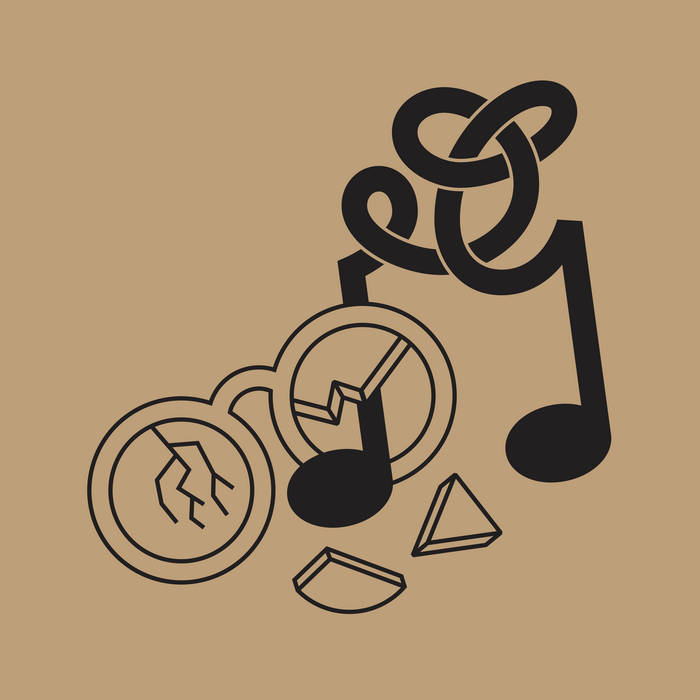 Struggle Artist is the new album from Justin C. Meyers, the Minneapolis-based composer, artist, and head of the Sympathy Ltd. label.
Meyers is a unique, underappreciated talent in contemporary electronic music. His greatest strengths are twofold: his compositions have a meticulous structural logic, revealing a hermetic and austere formalism; concurrently, his compositions have a deep, introspective narrativity grounded in his lived experience, evoked with a mature clarity. Together, they make Meyers one of the most interesting electronic musicians working with cutting-edge sonics today, unlocking their latent powers of metaphor and figuration. His previous album, 2016’s Negative Space (1981–2014), deals with the onset of chronic illness and near-death experience. Its careful, anechoic meditations on the failing body are a resounding achievement, and the album remains a high watermark of acousmatic music in the 21st century.

Struggle Artist portrays Meyers’ expectations and disappointments arising from making art in his free time. Created initially during lunch breaks and in hospital waiting rooms, and finished after being laid off from his job, it catalogues the despondency of the precarious life. If Negative Space was about the fallible body, Struggle Artist is its violent collision with late capitalism.

Meyers’ formal language employs the barest of ingredients: scintillating digital synthesis, evacuated field recordings, impossibly crisp transients and an elegiac harmonic sensibility. On Struggle Artist, he sets up scenarios that anticipate some musical event or flourish, only to renege on them with stark about-faces or resolutions into dissonance. These rhetorical figures reproduce the difficulty of maintaining artistic integrity and motivation while working a day job and dealing with chronic illness. Tracks like “Self Portrait” evoke the trauma of reconfiguring and rewriting one’s own identity to (unsuccessfully) appease indifferent funding sources like grants and fellowships, which Meyers wryly calls “Granular Opportunities.” Stability is not conceded until the stunning eponymous final sequence, that ambiguously signals either the willed discontinuation or reaffirmation of Meyers’ musical career.

The impression is not entirely bleak. Meyers’ sound design is buoyant and luxurious with its clean edges and lush tonalities, such as in “Draw Distance” or the “Expectations” diptych. This is Meyers’ most playful record, albeit always gesturing towards its melancholic narrative. This guarded, dark humour is alluded to in his sleeve art and track titles.

In an environment where most record releases don’t break even and the artist usually shoulders the financial burden, Struggle Artist explores what the psychological burdens are. It laments the incompatibility of neoliberalism and non-commercial artistic practice, increasingly accessible only to the inherited rich. For the rest of us, second jobs are the only option, which in theory liberates us from the pressure to commoditise our art, but in reality leaves us exhausted and broken. Struggle Artist is a refreshingly honest and transfixing metanarrative on how we interiorise the conditions of making art.